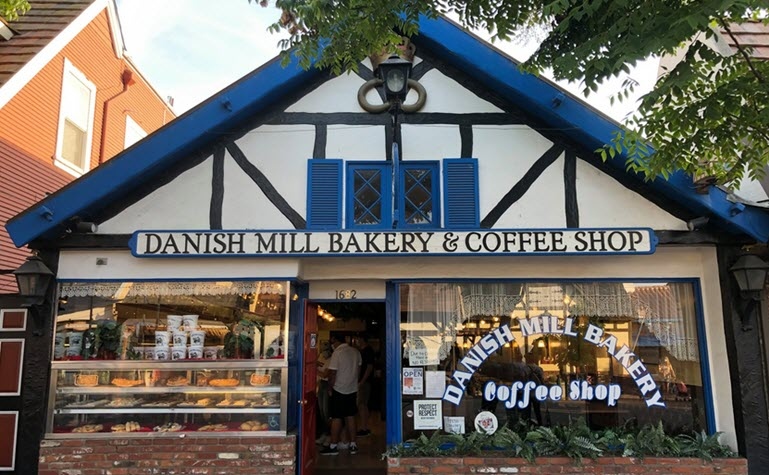 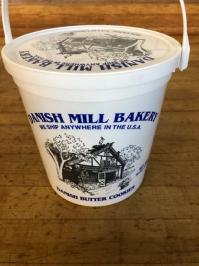 Arvid Petersen, the founder of Danish Mill Bakery Inc. finished his apprenticeship as a baker in 1931. Upon receiving his degree as a journeyman baker, he went to work for one of the finest bakeries in Copenhagen, Denmark. While working there he supplied the baked goods for King Christian X of Denmark. In 1940 the Petersens started the Danish Mill Bakery in Copenhagen, Denmark. The family immigrated to the United States in 1957. On September 17th, 1960, the Danish Mill Bakery was opened in Solvang, California. Arvid's son, Torben Petersen, learned from his father and build upon his father's legacy, continued Danish Mill Bakery until 2020.
Today, we continue to be a Danish-owned and family-operated bakery in Solvang.
Our Danish Pastry Chef Henrik Gram is born and raised in Copenhagen in Denmark and has been working as a baker for more than 40 years. Henrik received his apprenticeship as a baker and has owned several of his own bakeries in Denmark until he immigrated to the United States in 2009. While working in Copenhagen he baked for H.M. Queen Margrethe II of Denmark and various Ambassadors.
Much of our dedicated staff have been with us for 10-30 years and combined we have more than 150 years of Danish bakery experience. They are our success