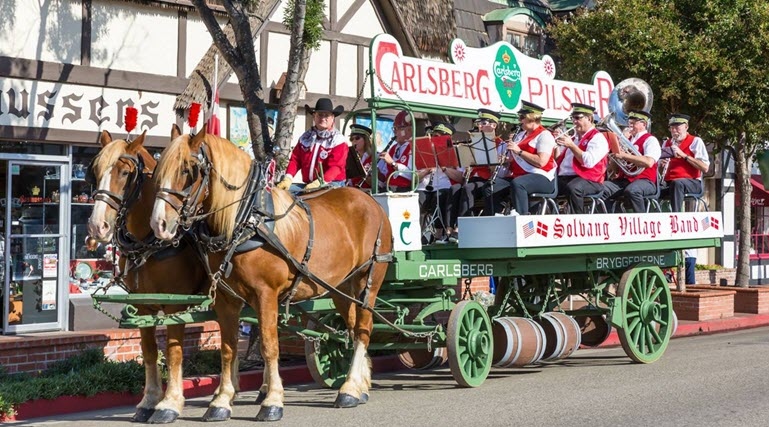 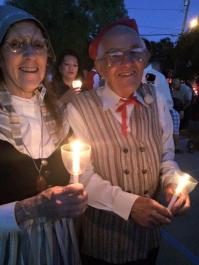 Danish Days Through the Years
For many years Danish Days were sponsored by the Solvang Business Men's Association. There were no Danish Days during World War II, however, when Solvang devoted its energies to war relief efforts. After the war, Danish Days was resumed in 1946 and became so successful that almost 10,000 people crowded into Solvang to help the little town celebrate its Danish roots. Crowds became so big, in fact, that Solvang was unprepared to cope with them and canceled Danish Days in 1959 and 1960.

Instead, the town concentrated on preparing for its Golden Jubilee in 1961. September 22, 23, and 24, 1961 saw another celebration ? to be remembered always.? The fun-filled program included a banquet, torchlight parade, dance and songfest, æbleskiver breakfasts, folk dancing, gymnastic performances, barbecue, art exhibit, a street dance, and a colorful historical pageant parade. Following the Golden Jubilee, Danish Days was revitalized and has continued to be celebrated annually, right up to the present.